“I have successfully and aggressively represented creatives and their entities for more than forty years.” 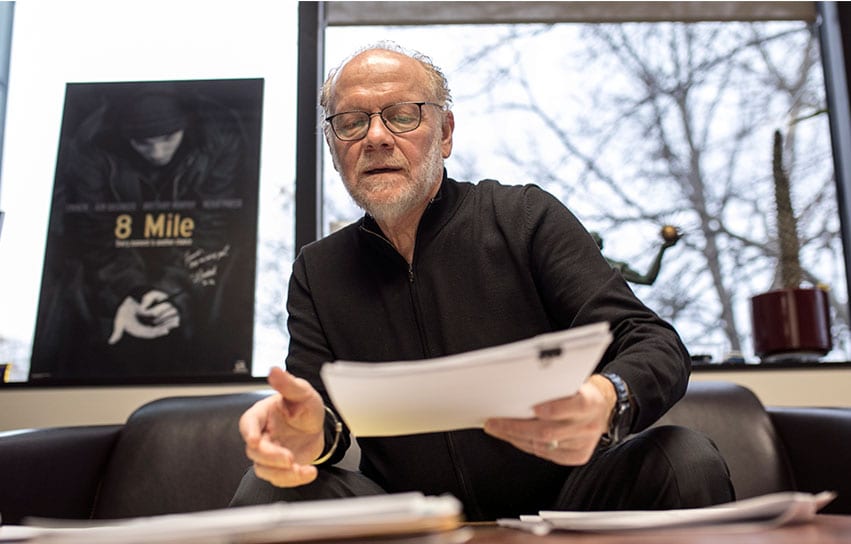 I have been practicing media and entertainment law as well as intellectual property law since 1976. While the majority of my work is in the music business, I also represent clients in film, television, radio and book publishing locally, nationally and internationally. I am knowledgeable in drafting and negotiating contracts and I also assist clients in dispute resolution, whether it is through negotiating resolutions, mediating the dispute, and arbitrating or litigating when necessary. I am also appointed by judges and hired by clients to act as an expert witness, mediator or arbitrator in music related cases.

I aggressively represent my clients in negotiations and in disputes, but I am also known in the entertainment community for being knowledgeable and reasonable which assists my clients in reaching resolutions that are a win-win. Disputes are typically contract disputes or copyright infringement matters.

Wayne State University: 1972 graduate with major in psychology, with distinction

Entertainment attorney Howard Hertz has represented numerous musicians, authors, screenwriters, recording artists, radio personalities, producers, etc., since 1976. Marilyn Manson, Elmore Leonard, George Clinton and the Insane Clown Posse have all been on his client list at one time or another. Most recently, he was sitting beside ICP at the press conference announcing their lawsuit against the FBI. His Bloomfield Hills office is filled with records, figurines, a Marilyn Manson mask, and signed posters – one Eminem poster reads, “Thanks for keeping me out of jail.” It’s not easy being Howard Hertz.

[Hertz] is probably the best-known entertainment lawyer in town…When he began repping local producers Mark & Jeff Bass, it led to a relationship with one Marshall Mathers, better known as Eminem.

With a blue-chip roster of rockers and rappers… and musical genres in between, Hertz is one of the top entertainment lawyers around. [Elmore] Leonard describes Hertz as “extremely intelligent, aggressive and he knows what he is doing…I don’t think there’s any glamour involved in it…he saves me a lot of money,” Leonard says, and quips, “I have never been in jail.”

Thank you to attorneys Howard Hertz and Joseph Bellanca, my power house legal team at Hertz Schram, for negotiating the screenwriting deal and contract – now I have a producer from NY attached. You guys are the pros in everything.

I’ve worked with Howard for many years and he has been an essential part of our team. His approach is very sincere, and the results speak for themselves. On a civic level, Howard is an inspiration to everyone that he comes in contact with. As a thought leader in Detroit and a defender of the city and it’s artists, he’s a beacon of positivity. Can’t say enough good things about Mr. Hertz and am glad we continue to work together.

Our project is event management. Prior to 2006 we had no experience in the public and media space. Howard was able to guide and mature our organization from vision to execution on a detailed scale. Without his advice and perspective, we could never have managed our growth in the time frame we had. One of the best calls we made and will always reflect back on.

Howard is a world class media attorney and he is an inspiration to artists seeking an international platform for their work. His skill and dedication leads to completion of any deal negotiated to the satisfaction of both parties. I look forward to a long and rewarding working relationship.

Howard is a personable and professional legal genius. He has performed excellent work for my LLC over the years. Highly recommended.

As a long-term, now over 10-year customer of Hertz Schram,  I owe this team a debt I may never be able to repay, yet it would be an understatement to say they are just my lawyers.

I met Howard through a friend when I very much needed his help at the inception of a difficult divorce. I also was amid a treacherous business lawsuit with my young company, and frankly at our first meeting was not sure where to start. Now an old friend, I often think about that first meeting and smile. Howard, a well-known attorney with years of experience, knew exactly what to say, and quickly helped me sort through my next steps.

Moreover, over the years, Howard has always been there to take calls, help with tax matters, review business documents, estate plans, and overall just talk me off the ledge from time to time. I recommend Hertz Schram to anyone that needs solid experienced family and business planning as their best choice.